Rams Head Group is a family owned & operated, Annapolis-based restaurant and entertainment company. Established in 1989, Rams Head believes in Food, Fun & Beer while giving back to the community in which it serves. 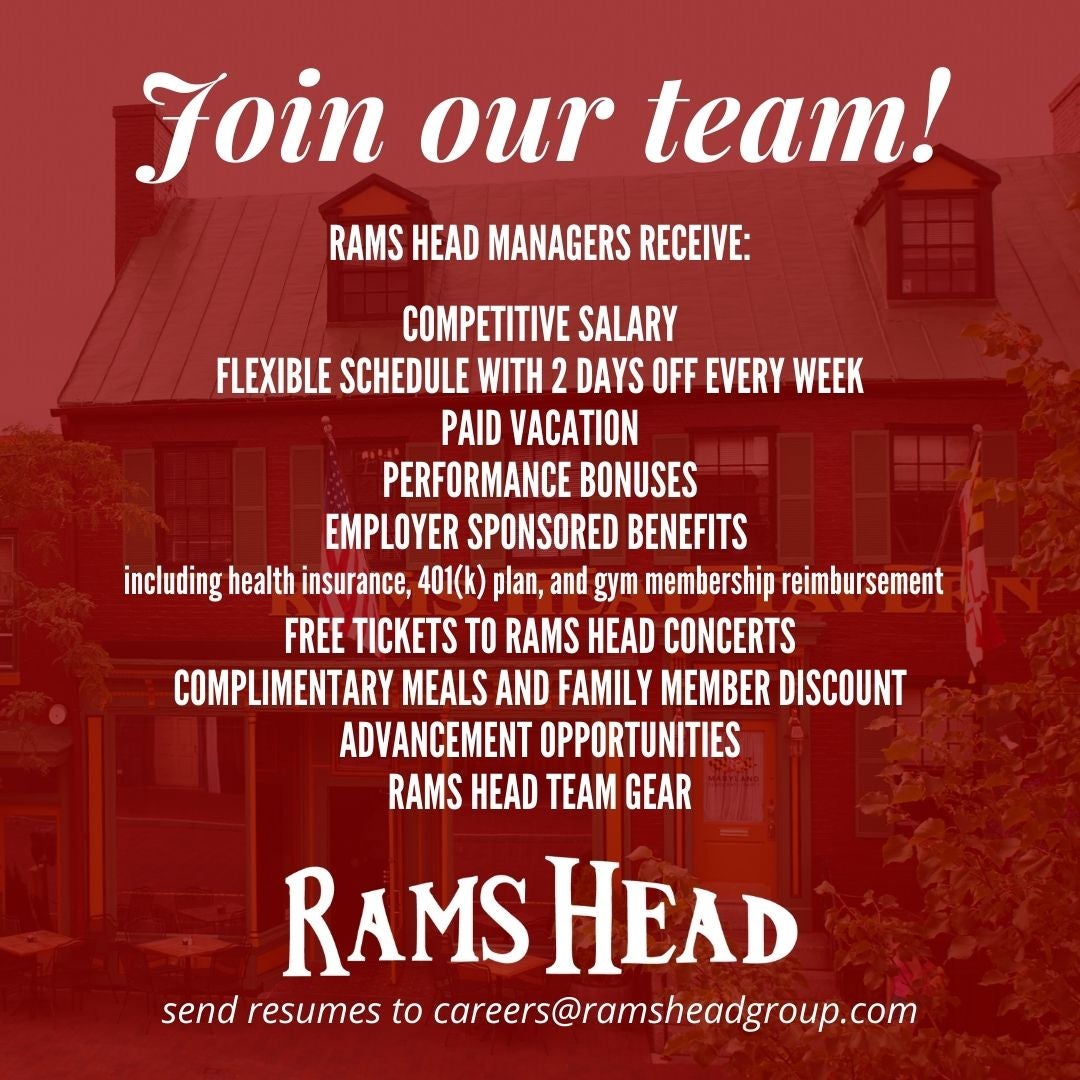 Servers, Hosts, Bartenders, Door/Security:  Rams Head is now hiring happy, honest, and driven employees to join their team.
All applicants must have flexible and weekend/holiday availability.

**Please fill out an application here and visit the restaurant during non-peak hours to apply or send to careers@ramsheadgroup.com